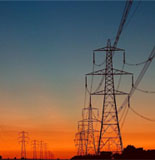 Texas is a deregulated electricity market.  This means that most consumers in the state are free to select the electricity provider who offers the lowest electricity rates.

Texas electricity rates are sometimes volatile.  Rates change from one day to the next and are influenced by a number of factors including the weather, natural gas prices, and the economy.  Rates are also impacted by energy and environmental regulations, as well as competition among electricity providers.

Not all areas of Texas are deregulated.  Electric cooperatives and city-owned utilities may decide whether their customers will have a choice of providers.  Also, customers of Entergy Gulf States, Southwestern Public Service Company, El Paso Electric Company, and AEP SWEPCO cannot choose their own providers.

The areas that are deregulated receive their electricity from the state’s electricity grid, which is managed by ERCOT.

Retail Electric Providers (REPs) sell electricity to you.  It is their name on the bill and they handle customer service.  Retail Electric Providers compete with each other to win your business.  They try to differentiate themselves by offering different rates and  pricing options, by creating incentive programs and offering better customer service.

Power generation companies sell wholesale to the REPs, who package the power with transmission and delivery service for sale to retail customers.  Most commonly in Texas this electricity is produced using natural gas.  However, coal, nuclear power, wind, water, solar power, or other renewable sources are also used to generate electricity in Texas.

By law, all consumers must be treated equally by the TDSPs regardless of the REP they use.  The transmission rates charged by the TDSPs are still regulated by the Texas Public Utilities Commission.